It’s not often that a homeowner offers an interior designer a distinct cultural reference and the complete creative freedom to channel it, but that’s what Chloe Warner, the founder of Redmond Aldrich Design, received when she took on a two-story shingled Craftsman in Piedmont, a small city nestled within the larger one of Oakland, Calif. More specifically, her client, a friend of hers whose children attended the same school as Warner’s daughter, was looking for something reminiscent of Greta Gerwig’s 2019 film adaptation of “Little Women” (1868-69) — “I felt it captured the feeling of a full house and this sense of happy chaos,” says the homeowner. But, she specified, “Little Women” on acid. This was modern-day California, after all, not 19th-century Massachusetts.

It was over the course of several meet-ups that the women discovered a shared taste in interiors — in movies as well as in real life. They both adore bold colors, patterned wallpapers and the slow-and-steady ethos of the Arts and Crafts movement, which was taking shapein England during the same decade that Louisa May Alcott wrote her classic novel. “At one point, [the client] told me she was a minimalist and I said, ‘I don’t think you are,’” Warner says with a laugh. Sure enough, each time Warner and her team presented a range of paint and wallpaper options, the designer says, “she went wild, wild, wild,” and it became clear that “no pattern was off-limits, no color too much.”

Partly this was because the client, who had been living in the house with her husband, their kids and a rotating cast of rescue animals for about four years, felt that the sparse, classic furnishings that had worked in their previous home, in the Berkeley Hills — “a glimmering white box” designed by the architect Donald Olsen — didn’t quite translate to their new one, with its dark-paneled walls, exposed beams, built-ins and quirks, such as a door in the foyer that leads to nowhere. (While the original floor plans have been lost, the owner believes the home was built around 1906 and spliced in two before half of it was relocated to Piedmont.) Why not give its individual rooms personality to match?

It was a dream project for Warner, who grew up in Missoula, Mont. — in a house her parents designed, she says, “in a confident bohemian way” — and traces her fondness for florals, chintz and elaborate window treatments to her grandparents’ homes. She went on to study architecture at Harvard’s Graduate School of Design, where she was impressed by the rigor and talent of her professors and peers but bristled at what struck her as a rather dogmatic approach to modernism. “‘Ornament,’ ‘decoration,’ ‘classical’ — those all felt like dirty words,” she says. She briefly considered dropping out but pressed on, delivering a thesis consisting of interior designs for 10 elevators. Enlivening the banal, cuboid spaces with sensual lighting, scents and colors, she felt, could demonstrate how surface and atmosphere alone can prove transformative, and thus serve as a riposte to the hierarchical way of thinking behind her academic training that placed architecture above all other arts.

Having decamped to the Bay Area shortly after graduation, Warner founded Redmond Aldrich Design, which specializes in residential projects, in 2005 and to this day takes a light touch when it comes to structural changes. At the Piedmont home, for instance, she opted to keep the errant hallway door intact. “It was a mind-set of, ‘Let’s live with it and make it work,’” she says. “That’s more charming than just making everything perfect.” Though, of course, she doesn’t hold back when it comes to trimmings. “We do elegant work,” she says of her firm, “but I wouldn’t say we’re known for restraint.”

To kick off the Piedmont project, she created wide-ranging mood boards that included a few stills from Gerwig’s film, with production design by Jess Gonchor. The March family’s attic, as well as Aunt March’s house, felt particularly relevant in that they were “layered, timeless and ripe for a little gonzo energy,” she says. Still, the Piedmont home has its own narrative — one driven by bold, almost Technicolor hues that keep it from feeling like a fusty period piece — that unfolds from room to room. Warner and her team started with the entryway, coating the front door and wall paneling in a pine green. Then they moved to the living room, brightening its ceiling and beams with paint the color of meadow pinks. “Everybody told me it was sacrilegious to cover the dark wood, but every morning I’d come downstairs and feel like Morticia from the Addams Family,” says the owner. “In the end, it seemed more fitting to honor the fact that Craftsman homes were radical spaces in their time, meant to reinvigorate family living into something warmer and more casual after the Victorian age.” Warner also added a set of pastel-colored Candy Cube stools by Sabine Marcelis, an orange onyx coffee table by Egg Collective and a pair of blue velvet armchairs to the room, the walls of which she covered with a striated grass cloth that pairs nicely with the horizontal veining of the new travertine slab fireplace. Grounding the space are a pair of functional, pet-friendly black leather sofas and a large silvery painting by the artist Eric Freeman.

In the dining room, the beams are a dramatic cardinal red, and beneath them sits the family’s marble Tulip table by Eero Saarinen, along with a lacquer screen featuring a gold-tinged falcon motif, a custom reproduction inspired by a 1940s design by the French artist and designer André Ducaroy. Underfoot, a Pierre Frey dot-pattern rug with an Op Art feel provides additional flair, and an appealing contrast when viewed just after the stenciled black-and-white checkerboard flooring in the nearby entryway.

Upstairs, the walls of the main bedroom are a deep teal, while the others have been covered with papers in a range of motifs. One, from Pierre Frey, has a pattern of curled-up leopards and tawny autumn leaves, another a geometric design courtesy of Antoinette Poisson. Calico and ikat textiles are also running themes, and appear on lampshades, throw pillows and seating. One example of the latter can be found in the hallway connecting the main bedroom to the two kids’ bedrooms and a home office, where there’s a reading nook that Warner fitted with a cozy daybed, and that can’t help but recall the bookish Jo March.

Warner likes to take her time with her projects, in order to better acquaint herself with the character of a space and to introduce new elements slowly and thoughtfully, in the manner of a collector. Thus, the logistical delays brought on by the pandemic are only part of the reason that, after more than three years, the house is not quite finished. But even with additional work on the kitchen and basement underway, the designer already considers the home “one of the purest expressions of what we can do.” The downside to her approach is that she’s become quite attached to the place. “There’s so much color here and so much life,” she says. “Not wanting to leave is my least favorite occupational hazard.”

Tags
Design She That Was With

How LinkedIn Became a Place to Overshare 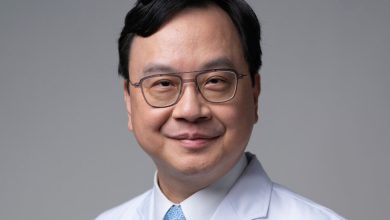 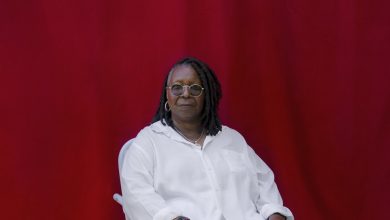 Whoopi Goldberg Will Not Shut Up, Thank You Very Much 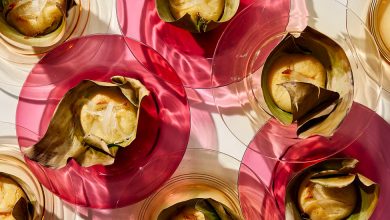 The Crew Can Have a Little Coconut Cake 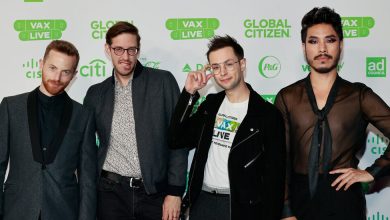